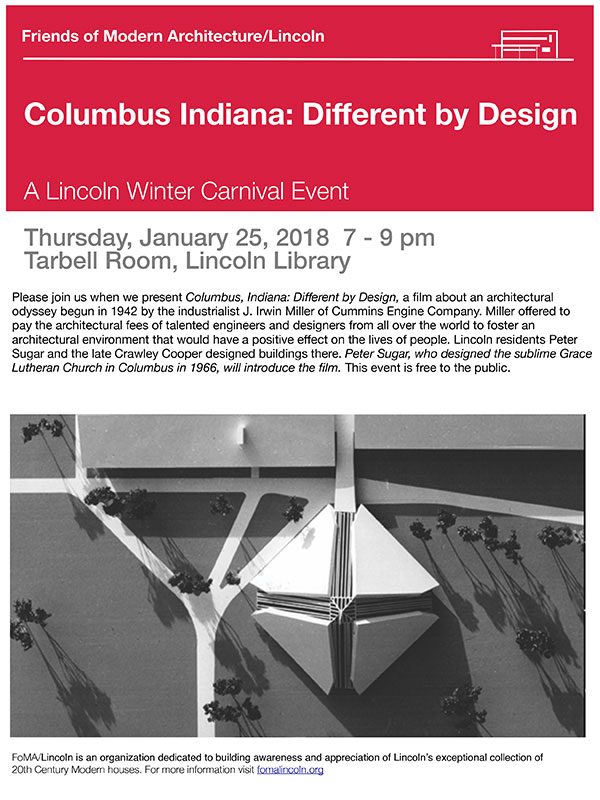 "Design" is integral in almost every building, sidewalk, and shop where bricked sidewalks were even widened at intersections to allow people room to stop and chat.

On Thursday, January 25, 2018 approximately fourty ventured out on a wintry evening to view Columbus, Indiana: Different by Design in the Tarbell Room of the Lincoln Library. Dana Robbat, FoMA President introduced local architect Peter Sugar, who is also a long-time Lincoln resident. Sugar who had worked in Columbus, Indiana designing the Grace Lutheran Chapel in 1966, shared his experience of what it was like to work in a town that cared so much about the built environment and believed that the outcome would create a better community. The film, he felt, spoke to that idea.