In 2006, a group of Lincoln residents requested funding from the Ogden Codman Trust to begin a survey to document Lincoln’s rich legacy of mid-twentieth century modern architecture. Since the initial inventory conducted by Oakfield Research and comprised of 69 houses, FoMA has continued this project with assistance from Boston Architectural College students and independent preservation consultants, and with funding from the Community Preservation Act and the Lincoln Historical Commission. To date, 159 individual house surveys (Form Bs) have been completed, along with 3 Area Studies (Form As). Plans are in place to complete the remaining Form Bs by the end of 2018 and to continue work on Area Studies.

FoMA’s inventory of mid-century modern houses is part of a town-wide effort spearheaded by the Lincoln Historical Commission to document all of Lincoln’s significant architectural heritage extending from the eighteenth through the twentieth centuries. Both surveys in turn fall under the auspices of the Massachusetts Historical Commission which was created in 1963 to identify, evaluate, and protect important historical and archaeological assets of the Commonwealth. To this end, the Massachusetts Historical Commission provides guidelines and templates for the gathering of information both for individual buildings (Form Bs) and for areas such as Red Rail Farm or Stonehedge (Form As). Each form includes an architectural description, historical narrative, and documentary photograph taken from a public way. Completed inventories are shared with homeowners; the original forms are placed with the MHC in Boston and copies are housed at the Lincoln Public Library and Town Offices.

The inventory forms are also available digitally through the MHC’s database, the Massachusetts Cultural Resource Information System (MACRIS), which allows one to search for information on historic properties and areas anywhere in the Commonwealth.

The MHC has long encouraged towns to document their cultural resources in so far as they establish a sense of place and define the character of each community in the State. An inventory in no way limits the privileges of private ownership or decisions concerning property. What it does do is record information about structures that make up a town’s built environment and preserve that information for posterity. 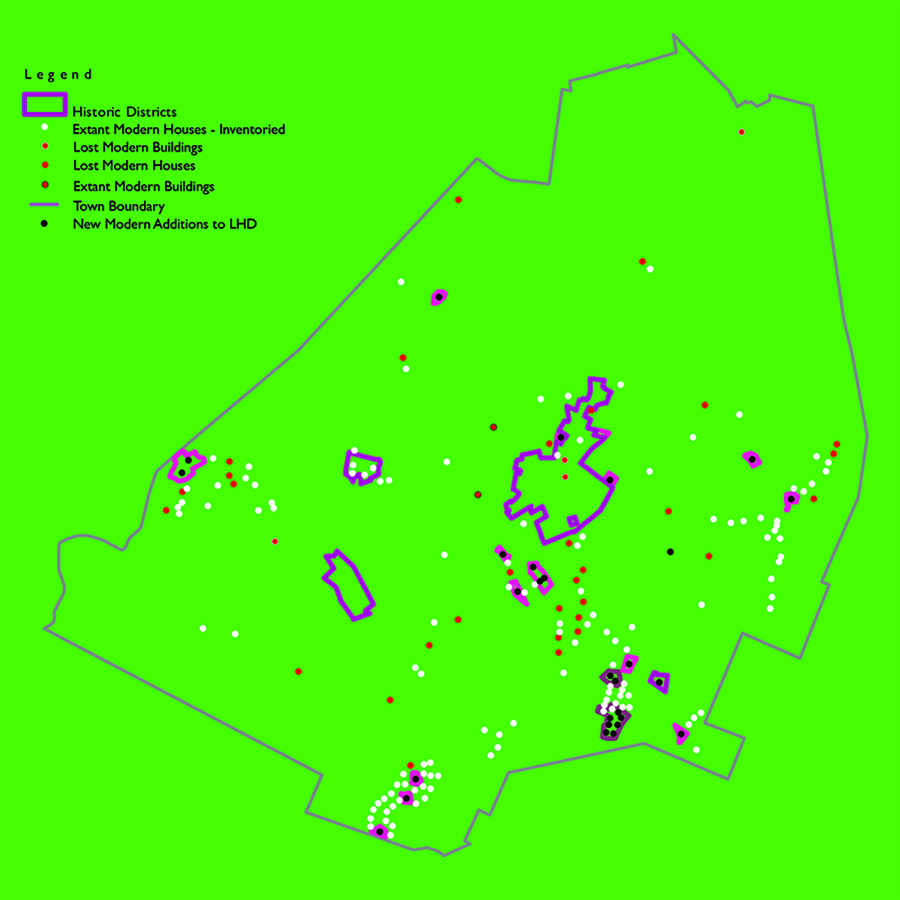