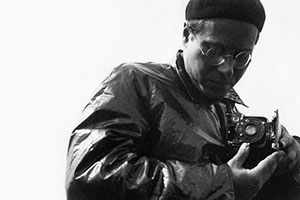 FoMA Hosted a virtual screening of the film:
Laszlo Moholy-Nagy: The New Bauhaus

On Thursday, January 27, 2022 the Friends of Modern Architecture/Lincoln, presented the film which traced the life of Laszlo Moholy-Nagy, one of the most influential artists and teachers of the Modern movement. With a focus on The New Bauhaus, a school M-N started in Chicago in 1937, the film captures the infectious enthusiasm he brought to his work and to his students, and his broad impact on the proliferation of Modernist creativity and design sensibility.

After the film screening a brief discussion was held on Zoom. View the discussion with the link below:

Susan Arthur Whitson who will provided some remarks and participated for Q&A. Susan has been involved with the arts and particularly photography throughout her career, in various roles at:

Susan has taught photography at the university level (SVA in NYC, The University of the Arts, Philadelphia) and has developed her own photographic oeuvre. Susan will share her impressions of M-N’s impact on the world, and the greater community of artists, with a focus on his contributions to the world of photography. Susan’s observations help to situate MN’s influence in the context of the larger evolving continuum of the photographic medium, and its relationships with other creative expression.