At its March 2019 town meeting, the town of Lincoln voted to accept the generous offers of two Lincoln homeowners to join the Brown’s Wood Historic District. The two new houses in the district are the 1959 Rawson House and the 1959 Wales House.

Ann and Ranulf Gras, the latter a research engineer at MIT, began organizing the Brown’s Wood neighborhood in 1953. The neighborhood expressed the idea and the ideal that a house should be part of a way of life and of a community based on shared values. The Brown’s Wood community expressed its values through a consensually-derived charter. The charter emphasized Modern design principles, prizing individual expression within that rubric. In recognition of its fifty-year anniversary in 2013, the neighborhood voted to renew its founding charter. At its March 2018 town meeting, Lincoln approved formation of the Brown’s Wood Historic District.

Both Edward and Nancy Rawson and Ruth and Langdon Wales chose highly-regarded Lincoln Modern architect Henry B. Hoover to design their homes in Brown’s Wood. Known for sensitive siting of houses and impeccable design skills, Hoover took pride in finding architectural solutions that met multiple needs in an efficient manner. The single-floor designs of the Rawson and Wales Houses epitomizes Hoover’s approach to design. The open floor plans allow for both flow between spaces and privacy, and provide a strong sense of connection to the surrounding landscape. Carefully designed ancillary buildings help blend the volumes of the houses into the natural environment. The addition of the Rawson and Wales Houses brings the total number of homes in the Brown’s Wood Historic District to 13 and the total number of Modern homes in Lincoln’s two historic districts to 37. 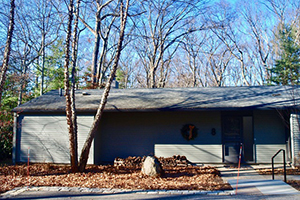 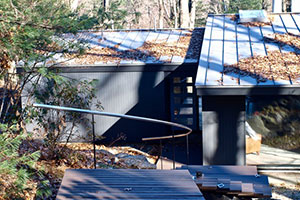